Inspired by a true story during the time of apartheid in South Africa, The Island is a play by Athol Fugard.

The two protagonists of the play, John and Winston, are prisoners; one has recently successfully appealed his sentence and is soon to be released, the other who is going to stay in prison for the foreseeable future at least.

The Director, Hartman D’souza’s device of using a play within a play to tell a story, has been captured wonderfully, making it a universal story 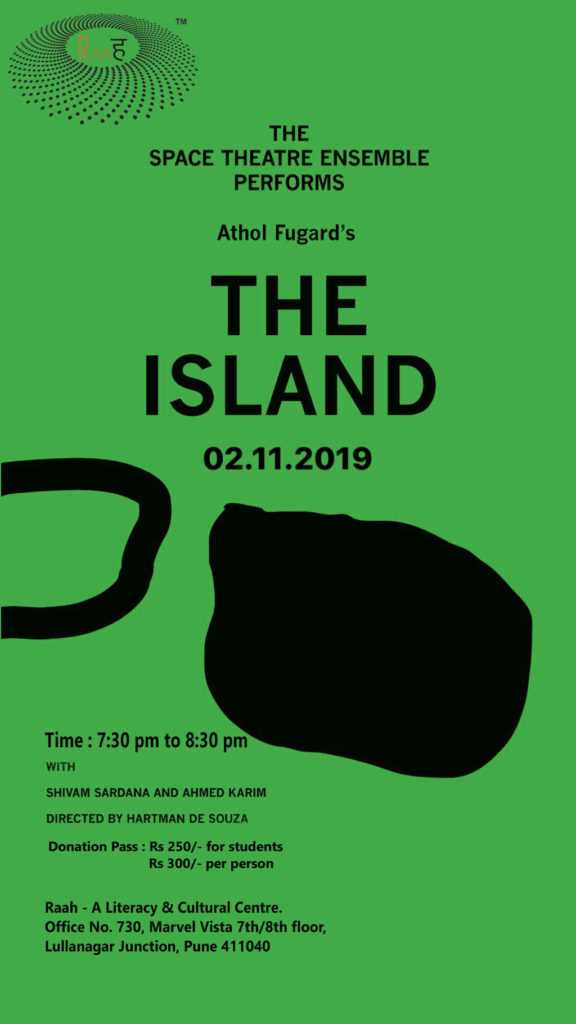