Aghanashini :
This documentary is about a river of the Western Ghats of India – “Aghanashini”, which is a unique river from the perspective that it still flows in its natural course due to absence of any dams to change its flow and it doesn’t have any industries along its path to pollute its water. In that sense, so far it remains untamed and unpolluted by man.Made over a span of two years, the film covers the story of the river via various stories along its flow, some of which are shot for the first time. 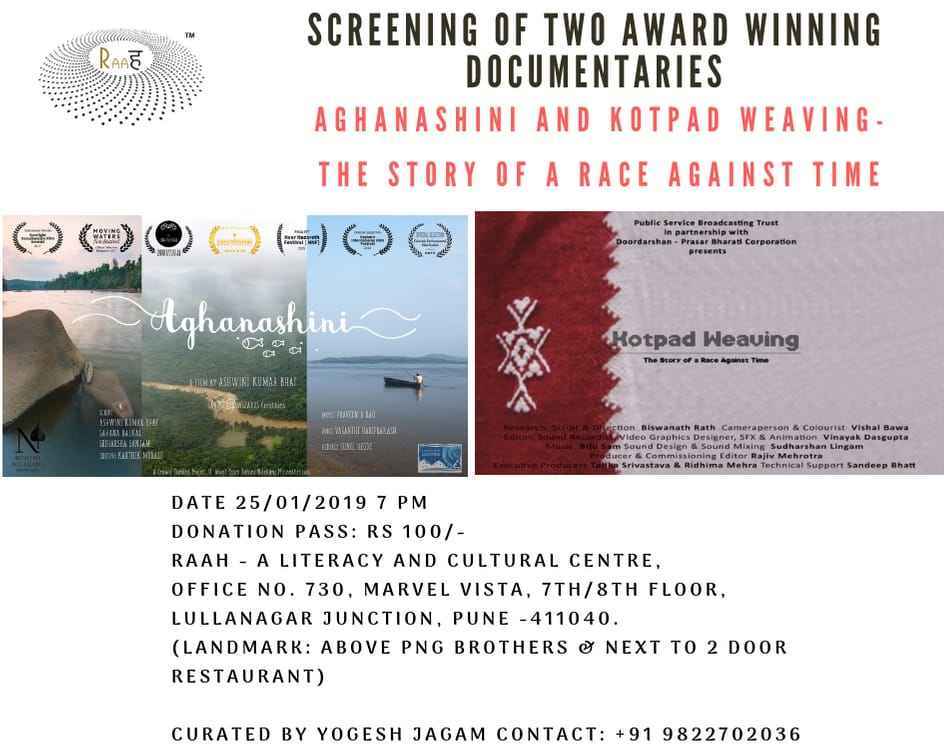