Director Biography – Rebecca Cappelli & Abhi Anchliya
We all want to be healthy. We all want to protect the planet and we all want to be kind. Yet today we are facing a health crisis, an environmental crisis and an ethical crisis affecting people and the economy. How much difference can one person make?
Let us be Heroes explores the impact of our food and lifestyle choices on our health, our home planet and our values with athletes, digital, food and fashion entrepreneurs, a public speaker and an ocean warrior fighting to protect people, planet and animals.
Rebecca Cappelli decided to quit a successful career to work in non-profit. A public speaker and filmmaker, she delivers talks for free to help people adopt a healthy and responsible lifestyle.
Abhi is an independent filmmaker based in Singapore.

Six Sacred Days: Six Sacred Days: Sonagachi area of Kolkata city in India, is the largest red-light area in Asia. Every year in Autumn, the city celebrates the festival revering Durga, the goddess of power during Durga Puja.
The Sex Workers of Sonagachi have always been ostracized from the festivities, even by the people of their own area. In 2015, after a lot of struggle, the Sex Workers got a place to hold their festivities publicly. But they were given a space in a dark dingy alley.
The film deals not only with the issue of having one’s own space to worship, but also touches upon the power of a collective, the obvious and the subliminal discrimination of sex workers, and the love that Sex Workers have for Mother Durga
Shruti Sengupta is a first time filmmaker of the short documentary, Six Sacred Days. She has done her M.A. in Arts and Aesthetics from Jawaharlal Nehru University and written film and arts based articles for various publications, print and online. 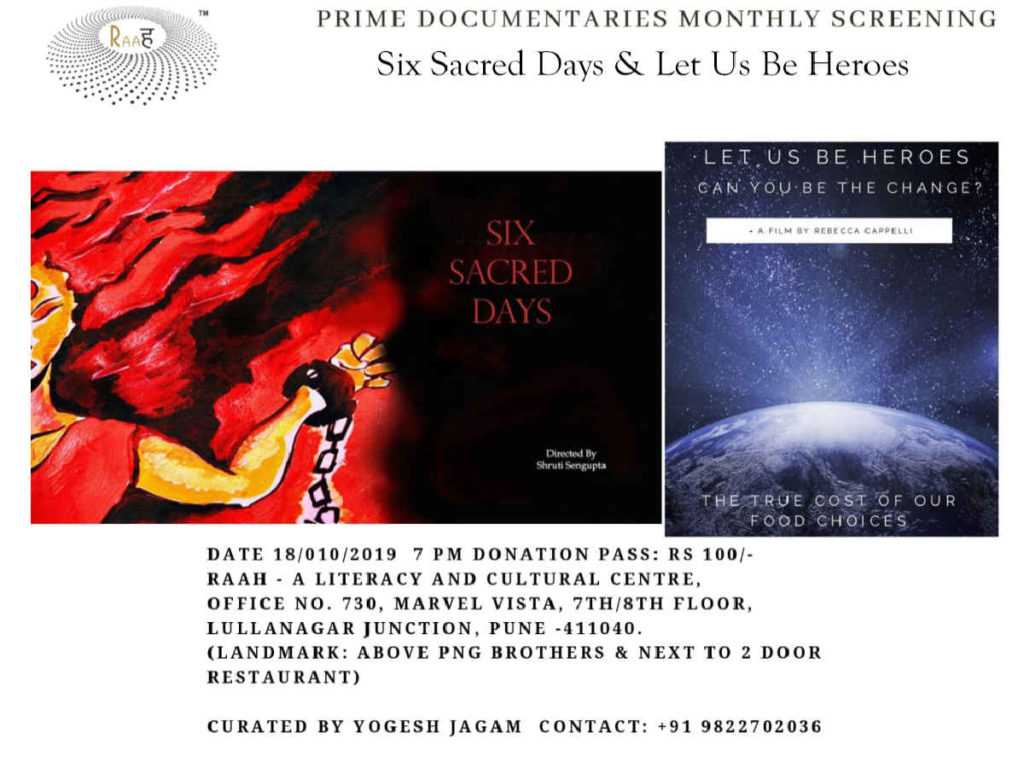