Pune based English theatre group ‘The Drama Queens’ perform William Shakespeare’s ‘The Merchant of Venice. The Drama Queens, Pune, deliberate on the purely human motivations of Shakespeare’s legendary characters. They explore the concepts of material and ideal love, gender roles and the fate of those in a minority community in a society dominated by the machinations of a particular class & religion. The play is performed in its classical Elizabethan text, but set in modern times and spaces, making it more universal and accessible. 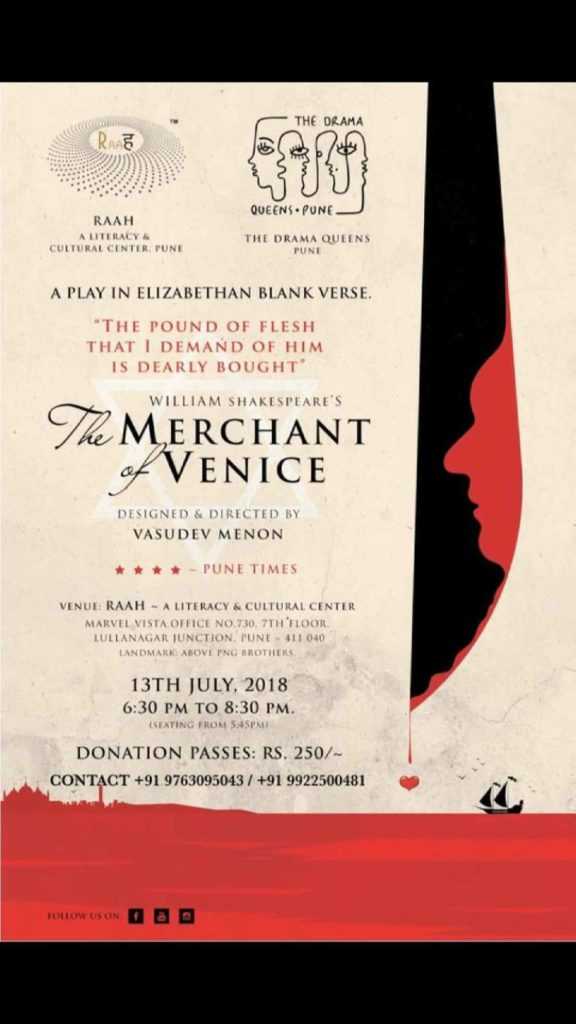